Master percussionist Pablo Batista has performed, recorded and toured internationally for 30 years with some of the biggest stars in rhythm and blues, jazz, Latin, pop and gospel.

Artists with whom he has worked with include Alicia Keys, Patti Labelle, Kirk Franklin, Jill Scott, Gerald Levert, Jeffrey Osborne, Phyllis Hyman, Teddy Pendergrass, Diane Reeves, Norman Brown, Manny Oquendo and Libre, Eddie Palmieri, and Musiq.  A drummer of unusually diverse talents, Pablo is highly regarded for his professionalism, tireless work ethic and ability to listen. He can integrate his playing into almost any style at the highest level of musicianship, holds the rare distinction of having performed on Grammy-winning releases in jazz, R & B and gospel, and has also been a guest with the Philadelphia Orchestra Percussion Ensemble. 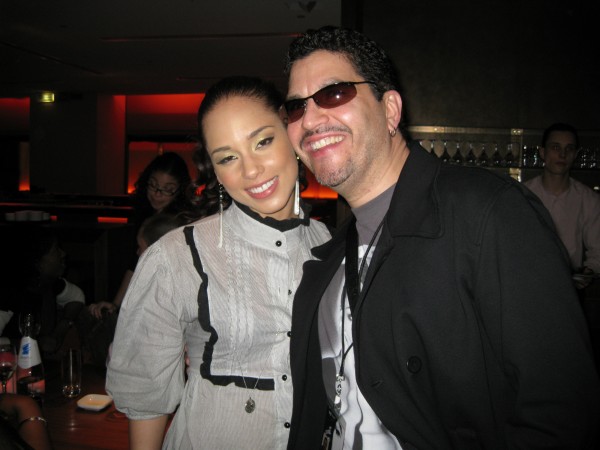 “You are a master at your craft and I am so honored that you play with me.” – Alicia Keys December ’08 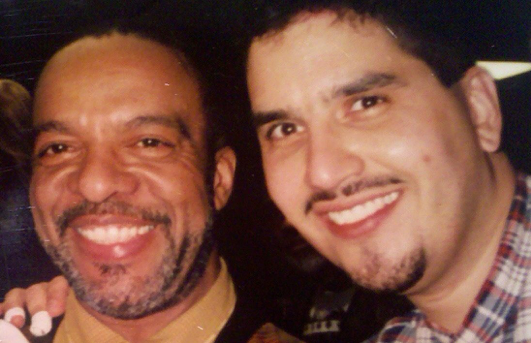 Pablo Batista grew up in Bethlehem Pennsylvania, where he began studying Latin percussion at the age of 9 years.  Starting with hand drums under the tutelage of master percussionist Miguel Candia, he went on to absorb popular Afro-Caribbean music styles, and developed a special interest in salsa.

His education-oriented upbringing brought him to Temple University in Philadelphia, Pennsylvania as a pre-law student in 1981.  There, he recorded a demo of folkloric percussion music, which came to the attention of Grover Washington Jr.  At that time, Grover Washington Jr was serving as producer for R&B star Jean Carne, and he invited Pablo into the studio to work professionally as a percussionist for the first time. The record, “Closer Than Close,” became a huge success.

From 1991, he served as his touring percussionist up until the star’s untimely passing in 1999.  In 2000, Pablo began 12 years of recording and touring with soul mega-star Alicia Keys.  In 2010 while on the road with Alicia Keys’ “Elements of Freedom Tour,”Pablo performed with her at the World Cup ceremonies in South Africa before an estimated combined live and broadcast audience of over one billion people. 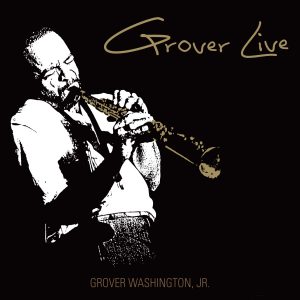 In September 2015, Pablo Batista’s Mambo Syndicate had the distinguished honor and privilege of performing for Pope Francis during His Holiness’ Philadelphia visit.

In November 2015, Pablo served as percussionist for the house band joining R&B and other pop music icons at Alicia Keys’ Annual Black Ball in New York.  The event raised over $3 million dollars for her charitable foundation benefitting children, youth and families living with and affected by HIV in Africa and India.

In 1991, while between tours, Pablo received his first grant from the Pennsylvania Council on the Arts, enabling him to do folkloric research in Cuba. Pablo Batista is such a dedicated, lifelong student of Afro-Cuban drumming and culture, he went on to receive this award four additional times.  His travel to Cuba allowed him to study under the masters Pello “el Afrokan,” Roberto Vizcaino, Miguel “Anga” Diaz and others.

In 2000, Pablo was awarded the prestigious Pew Fellowship in Folk Arts, which enabled him to deepen his knowledge of the Afro-Cuban tradition at the source.

In 2012, a Pew Professional Development Fellowship enabled him to travel to Santiago de Cuba, where he studied with members of Ballet Folklórico Cutumba, one of Cuba’s most highly regarded dance and music companies. While there he was featured as a solo performer at the Santiago International Music Festival.

2013 brought a jazz residency and commission from Philadelphia’s Kimmel Center for the Performing Arts, culminating in the performance in June 2014 of “The Journey” as a work-in-progress.

In June 2015, he received a grant from the Pew Center for Arts & Heritage to expand and premiere the completed work, El Viaje (The Journey) at Temple Performing Arts Center.

Pablo Batista continues to study, practice, write, record, produce, tour and teach. He maintains a busy schedule of studio sessions, musical collaborations and varied performances with others, as well as leading his 10-piece Mambo Syndicate salsa conjunto.  In demand as an instructor when not on tour, he has for years taught low-income students at schools and community centers in North Philadelphia, and given master classes to students at Curtis Institute of Music in Philadelphia, a world renowned conservatory.